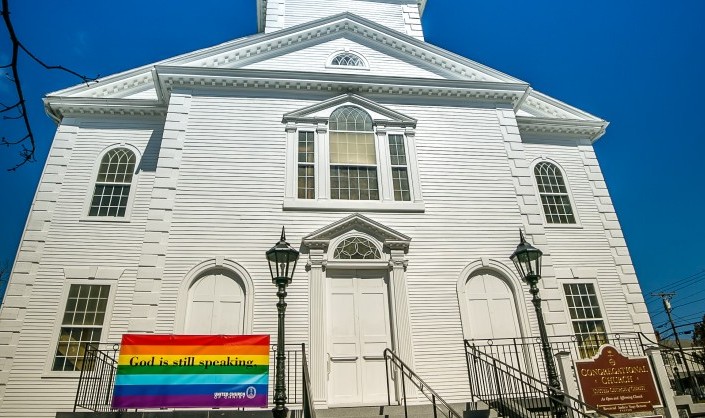 A sermon preached at the Congregational Church of Middlebury, Vermont on October 29, 2017

Five hundred years ago this week, Martin Luther is purported to have reached his limit in his frustration over abusive practices in the Roman church, nailing his 95 Theses—his 95 points of contention—to the church door in Wittenberg, prompting the public debate that would eventually lead to his break from the Roman church and the birth of Protestant Christianity. The Reformation was a game changer in the church, remaking the face of global Christianity. But the Reformation was not only a force in the church; it represented a cultural revolution. It transformed art and music by spurring the development of secular traditions of aesthetic expression. It transformed German national identity and literacy by contributing to the maturation of German language. It led to a revolution in science by helping to usher Europe into the modern period of knowledge acquisition. It led to a revolution in politics by directly contributing to the emergence of democratic principles and ideas like freedom of conscience and human rights.

The Reformation was a revolutionary force, not just for religion but for many other aspects of human culture and society. And this morning I want to suggest that recapturing the spirit of the Reformation just may be a catalyst for the cultural revolution we so desperately need in our moment. In this mire of injustice, incivility, and mutual suspicion in which we find ourselves, faced with the dual temptations of aggressive tribalism or cynical paralysis, we need a reformation of the American character. The church can help lead that reformation. But to do so, we must mobilize around a couple of enduring truths, convictions we inherit from that great revolution of five hundred years ago.

The first Reformation truth I think we must embrace is a realistic assessment of the situation. Things are as bad as they seem right now. And it’s not as simple as a limited number of bad people doing bad things. It’s not just leaders behaving badly, but the perversity of our political process that puts them in their positions and rewards their abandonment of duty and principle. It’s not just a specific group of racists marching on city streets or powerful men taking advantage of women, but the injustices of a society that still provides fertile ground for such racial hatred and misogyny. It’s not just a few politicians trying to steal basic care from the vulnerable, but a culture that still manages to convince too many of us that the overriding question we should be asking ourselves is “are those people getting over on me?”

Things are as bad as they seem right now, the word depravity seems apt, and it’s not just a matter of specific people and discrete acts, but a matter of culture and condition in which we are all complicit. Martin Luther, John Calvin, and our other Reformation ancestors called this radical sin, and though that term makes some of us of a liberal stripe squirm or cringe today, I still find that language important as a way to evocatively capture the depths of the challenges that lie before us. Without it, I fear that we underestimate the work set before us.

This was the critique that the great Protestant theologian and public intellectual Reinhold Niebuhr made of liberalism in his day—that liberals did not take sin seriously enough. He accused Christian liberals of thinking that they could just educate, love, or hug away the things that ail us, when our problems are much more deeply rooted than this. They are rooted in human tendencies to take care of ourselves at the expense of others. They are rooted in our tendencies to define ourselves in distinction to others. And they are perpetuated by systems and structures, institutions and leaders that make the most of those human tendencies.

I’m convinced that some of the widespread bewilderment that taxes liberals in this country over the events of the past year is explained by our abandonment of this idea of sin as a way to describe the complexities of human failing, of both individuals and society. How else can racism be so alive and well in this country, not just in individual hearts but in an enlightened town like Middlebury and stubbornly entrenched in institutional practices at an entirely rational place like Middlebury College? How could so many people manage to vote last fall against their own economic self-interests? How have we dispensed so thoroughly with the intellectual and moral qualifications for leadership? How did so many Christian evangelicals resolve the disconnect between their political choices and the sense of biblical morality they praise in their churches? Things are as bad as they seem, and they defy easy explanation. We are seeing the dark shadows of the human condition, the complexities of sin.

Reformation theology takes this human condition seriously, but then it insists that there is more to the story. Onto the stage of human sin enters the triumphant power of grace. Grace is the second Reformation conviction we ought to hold up in our moment, the rallying cry of the cultural revolution we seek to inspire. Grace is the belief in radical love and enduring patience. Grace is the extension of love in the name of the One who first loved us. Grace is the promise that “no matter who you are or where you are on life’s journey, you are welcome here”—because God welcomes all of us.

In a world without grace, you are your transgressions. Did you find the Charles Murray protests problematic? You’re a racist. Do you think students who don’t want white supremacists on their campus might have a point? You are an enemy to free speech. Without grace, there is no middle ground. By contrast, grace reminds us that mistakes are inevitable, life is complicated, and we never know for sure whether we are completely on the side of what is right or good—so healthy doses of forgiveness, patience, and benefits of the doubt are warranted in the disagreements that perplex us.

The value that comes from grace allows us to love ourselves, and it empowers us to love others, even in those moments when we don’t particularly love what they do or stand for. Grace also gives us hope, because if our transgressions are not all there is to say about us, if God’s grace gives us a dignity and worth and potential that extend beyond the badness around us, then that grace also promises the power to improve the badness in and around us. Grace gives us hope. Without trust in the power of grace, we have no reason to expect anything beyond what we see in the people, systems, politics, or institutions around us. Without trust in the power of grace, we are left with cynicism, self- or other-loathing, and paralysis.

That seductive call of cynicism is prevalent among my students. Many of them are cynical about social institutions, about American politics, about the effectiveness of public service, about the usefulness of political participation. It’s hard to blame them, but millennials are at risk of having cynicism become a hallmark of their generation, just as withdrawal was a characteristic of my Generation X. Trusting in grace makes it hard for us to be cynical, because grace demands that we believe that there is more to us, more to the future, more to the story than what now meets the eye. Grace recalibrates us to God’s measurement of what is possible; it gives us hope.

And armed with that hope, we are free to embrace the third Reformation conviction that can empower revolution in our time and place: the holy priesthood. Martin Luther rejected a medieval theology that suggested that people needed a priest to access God. Instead Luther insisted that we all are priests. We all have direct access to God’s love. We are all direct beneficiaries of grace. And we are all direct conduits of grace. The church is not an institution that dispenses grace as scarce commodity. The church is a community of people who channel grace in obnoxious surplus.

So we take seriously the complicated destructive realities in the human condition, manifest in our own time—how can we not? But as Christians we refuse to despair. We resist the temptations to cynicism, loathing, and passivity. Instead, we see this present darkness as an opportunity to exercise the duties of priesthood. It is as an opportunity to channel God’s grace in a world losing touch with grace.

Christians insist that God is working good in the world. Grace is pushing against the hate, and God is using us, the high priests of goodness, to make that push. And so with confidence we sing Luther’s famous hymn, “And though this world, with devils filled, should threaten to undo us, we will not fear, for God hath willed His truth to triumph through us.” This is precisely why we are in the world, to testify to God’s goodness, to effect God’s goodness. We are built to convey hope in dark times. We are built to witness to a better way of being human. We are built to serve.

So in the face of entrenched injustice, we model something else—a sanctuary of inclusion and respect—in our gatherings, our missions, and our community conversations. In the face of obscene divisiveness, we practice radical loving community. In an ethos of mutual suspicion, we assume the best in one another, we welcome strangers, we embrace difference, and we practice forbearance. To widespread cynicism, we preach a message of hope and a vision of promise. To the temptation to passivity, we commit to serve the common good. Through our programs, our space, our budget, our worship, our advocacy, our public presence in this community and our outreach to other communities—in all of these ways, we commit to active resistance in a culture of selfishness and violence.
For we are high priests of God, and revolutionaries bathed in the Reformation doctrine of grace. Sin is real; but grace is more, and we are its ambassadors. We are built to serve, to instigate a cultural revolution of radical inclusion, interdependence, and justice; to propagate a message of grace in a world that desperately needs to hear and implement it. So thank God for the wisdom and legacy of that Reformation five hundred years ago. But the next reformation is ours to effect. Amen. 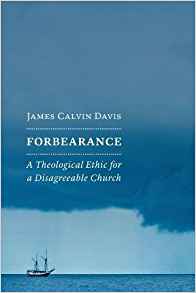 James Davis’s most recent book, Forbearance: A Theological Ethic for a Disagreeable Church, is available now.