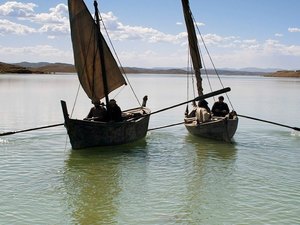 Convention suggests that what makes a miracle a miracle is its magical quality—something that is otherwise inexplicable, that bends the logic of time, space, or causality. That’s literally the definition of a miracle: “a surprising and welcome event that is not explicable by natural or scientific laws and is therefore considered to be the work of a divine agency.” I know, because I Googled it. There are plenty of accounts in the Scriptures that follow this definition, and there are plenty of people today who believe in these kinds of miracles and wait on them in their lives. But if you struggle with the idea that God regularly works by suspending the laws of nature, then these miraculous stories may become less compelling to you. We may be tempted to ignore or dismiss them because they seem so fantastical, because they run counter to the way we understand the world to work. No less a thinker than Thomas Jefferson famously rejected the biblical miracle stories for just this reason, literally cutting them out of his Bible. And if we find the stories themselves unbelievable, then we may not be persuaded that the point they’re trying to make with tales of wonder is compelling either.

Take the story of the first “fishers of men” in Luke 5, for instance. Jesus gets into a boat with Simon Peter and some other fishermen and drifts out into the deep part of a lake. His hosts have spent most of their day getting skunked, but Jesus suggests they let down their nets again, and despite the fact that this man has no fishing credentials and the night has already been a monumental waste of time, they agree, only to find their nets bursting with catch. Simon and the fishermen are filled with awe by the miracle.

If the point of this story is to say that God through Jesus responds to our obedience with inexplicable abundance, that Jesus will make abundance appear where it ought not to be expected if we just follow and trust him—if that is the point of the story, but we doubt that this story happened in a magical way, then we may also be inclined to doubt the moral of this magical story, that God will work reason-defying magic in our lives if we just have faith and follow Jesus.

But what if magic isn’t the point of this story, or at least not the only point one could draw from it? What if there were another way of understanding what constitutes a miracle? Though he uses the word “miracle” to refer to this story, John Calvin suggests that what is revelatory about this story is not what happens per se. Calvin is careful to point out that the bursting nets in themselves would have been nothing magical. It was common enough that fishermen could fish all day without success, but if they happen to put in one last time and conveniently hit a school, a day of empty nets could end with abundance. So despite how we often read this story, Calvin suggests that what makes this a miracle is not that something unfathomable happens. To Calvin’s mind, what makes it a miracle is the timing, the causal connection, the clear link between Jesus’s invitation to follow and the effect it produces.

What if Calvin is right, that what makes this story Gospel is not the presence of magic but the clear message that God provides, through inexplicable means perhaps, but also through the wonderful complexities of natural causes, chance, and convenience? How might that change our takeaway from a story like this?

Sure, some might hear this suggestion as yet another liberal challenge to the authority of the Bible or the power of God. To read the miracle stories at something other than face value, they might say, is to deny that they’re true. Or it is to suggest that God can’t do what the Bible says God can do. But I don’t think that reading these miracle stories a different way implies a challenge to biblical authority or the power of God.

On the contrary, to read these stories as having meaning beyond the magical is to reaffirm the enduring wisdom and authority of the Bible in our time. It is to insist that the message of the Bible is still true: God acts, even by means that we think have other explanations. Understood this way, I think some of these stories testify more powerfully to the glory and providential care of God, because they don’t require us to temporarily suspend our understanding of the way God’s complicated world works in order to affirm that God is good, that God is at work in the world, and that God provides.

Consider another example: for generations, biblical scholars have wrestled with the Exodus story of manna falling from heaven to feed the Israelites in the wilderness. No one knows for sure what that manna was. The Israelites didn’t know! The word manna itself means “what the heck is this?” Because it wasn’t clearly identified, modern biblical scholars have come up with all kinds of possible explanations for what that stuff was. Was what Exodus calls “bread from heaven” really the sap from a tree with which the Israelites were unfamiliar? Or a heretofore unknown fungus? Was it the protein-rich secretion of a desert insect? Modern biblical scholars have spent much time and energy trying to figure out exactly what that manna really was.

Are these attempts at explanation dismissals of the miraculous power of God? Certainly some modern Christians offer them as such, debunking these stories in order to abandon them, and in the process turning Christian faith into a Jeffersonian digest of moralism. Frankly, that move is boringly predictable; to understand these miracles through modern science and reason doesn’t need to lead to dismissal. Instead, it can be a re-affirmation of the loving providence of God, by testifying to the wonderful ways that God works through the secondary causes in God’s complex universe—through nature, through the human, through the mundane as well as the apparently inexplicable.

Discipleship motivated by eyes well-trained to see signs of God’s caring providence in what we can explain other ways—that is in some ways a greater exercise of faith than looking for God in the fantastical. Faith and faithfulness are ultimately about trust, but trust in God, not trust in magic. Faith is trust in the promise that “God makes all things work together for good for those who love God, who are called according to [God’s] purpose” (Romans 8:28, variant). Magic or no magic, that’s a decidedly counter-cultural commitment, to insist on seeing abundance where others see scarcity; to see the mobilization of good where others see uncertainty or unacceptable risk; to move into a cloudy future confident that God will provide, rather than first requiring a confirmation of assets; to cast our nets where conventional wisdom says the fishing is unreliable; or to venture into the wilderness without a guarantee for nourishment on the promise that God will provide—through us, through our faithfulness, through the resources God has placed all around us, through our willingness to follow Jesus on the calling he has set before us.

The Gospel is not a promise of magic. The Good News of the Gospel is this: if we trust God enough to follow the way of Jesus where it leads us, we can reasonably expect reliable signs of providential care all around us. Sometimes those signs will surprise us, exceed our expectations, and defy explanation, so much so that we may be inclined to call them miracles. And sometimes those signs will come to us in entirely explainable fortune, through reasonable planning and familiar actors, and we might still be inclined to call them miracles. Either way, such miraculous abundance is consistent with the testament of Christian faith: all good gifts—the ones that surprise us and the ones we can explain—come from God. 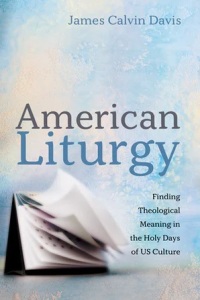